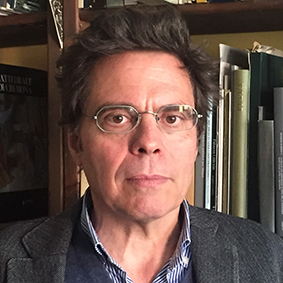 andro Morandotti graduated in 1981 with a dissertation on Villa Visconti Borromeo at Lainate (Milan), one of the most experimental place of the whole region, at that time nearly unknown. His numerous studies on that crucial topic are synthesized in Milano profana nell’età dei Borromeo (Milan, Electa, 2005).

In 1989 he won a “Paul Mellon Visiting Senior Fellowship”, at CASVA, National Gallery of Washington.

Between 2000 and 2010 he teached History of Modern Art as invited professor at Cleacc, Università Bocconi, Milan, and, at the same time, History of Collectionism at the School of Specialization in History of Art at the Università degli Studi, Milan.

On January 2011 he has called as Associate Professor of History of Modern Art at the “Università degli Studi”, Turin.

His studies are particularly devoted to the History of Art and the connections between stylistic evidences, critical and historiographical contexts and history of patronage and collectionism.

On such arguments he published numerous books and articles and organized several public exhibitions.